Paper Dolls & Board Games: Simple, Stay-at-Home Entertainment from the 1930s

Paper Dolls & Board Games: Simple, Stay-at-Home Entertainment from the 1930s

As everyone searches for ways to stay entertained at home, we thought it would be a great time to dive into favorite home-based games of the past.

The first manufactured paper was called “Little Fanny” and was produced in London in 1810 by S&J Fuller. The first American manufactured paper doll was published two years later in Boston and was called “The History and Adventures of Little Henry.” In the 1820s, boxed paper dolls sets were popularly produced in Europe and exported to America for financially-stable families with children.

In November 1859, Godey’s Lady’s Book was the first-known magazine to print a paper doll in black and white, followed by a page of costumes for children to color. This was the only paper doll Godey’s ever published, but it set a trend that many women’s magazines followed in later years. From the 1870s through the 1890s, European manufacturers produced beautifully-lithographed, full-color paper dolls that often represented royalty and famous actors/actresses.

The 1900s saw an explosion of paper dolls in many women’s and children’s magazines. “Lettie Lane,” painted by Sheila Young, debuted in the Ladies’ Home Journal in October 1908 and ran until July 1915. The pages included Lettie, her friends, family and family servants in the accompanying stories. The Lane family became known and loved all across America.

The 1930s through the 1950s can perhaps claim the title of the “Golden Age of Paper Dolls,” as their popularity during those years has never been equaled. During the Great Depression, paper toys were the most affordable. During World War II, despite extensive product shortages, paper dolls were still manufactured (though on lesser-quality paper). After the war, parents of the 1950s revered the image of little girls lovingly playing with paper dolls like their mothers and grandmothers before them. 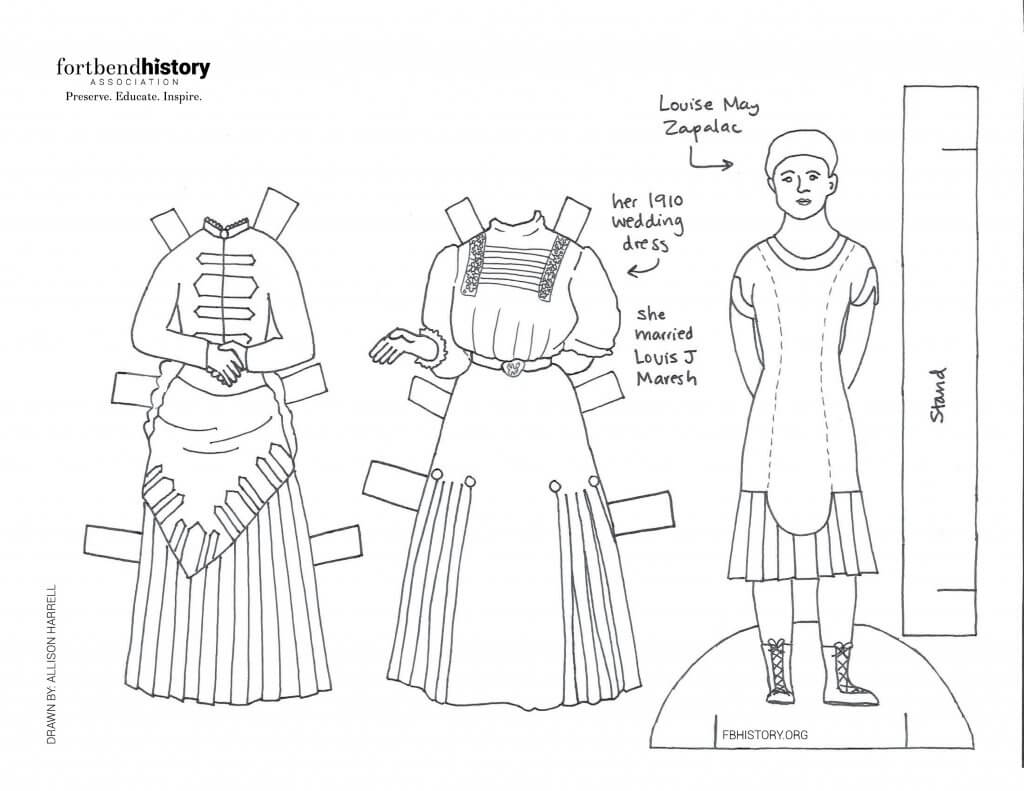 Click here to download paper dolls of Louis J. Maresh and Louise Mary Zapalac, a real couple from Fort Bend County history! Louis and Louise were married in 1910; they lived in Sealy until 1924, when they bought a farm in Fort Bend County at the intersections of Harlem and Madden Roads. 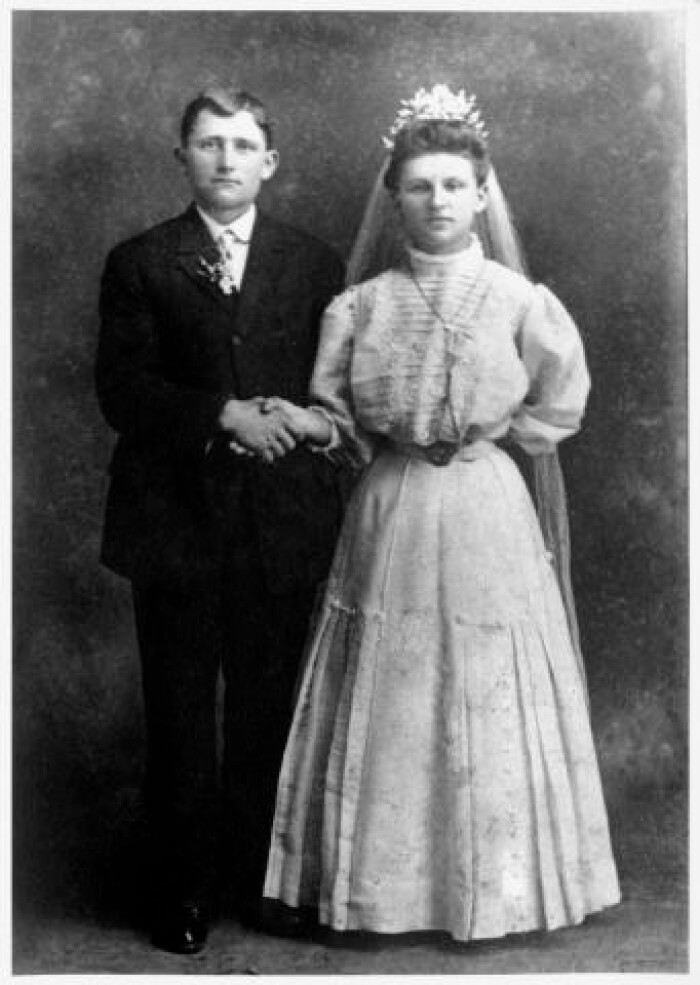 Louis Maresh and Louise Zapalac’s 1910 wedding photo. (From the collection of the Fort Bend History Association.)

Other Popular Games for Children and Families

Board and yard games also helped entertain families during the Great Depression and through other financial struggles. Most of these games were easy and simplistic ways to educated the public about financial struggles and the economy.

What board games have you and your family been playing at home lately?