Saturday, George Ranch Historical Park hosted a reenactment of the Runaway Scrape, a series of skirmishes between Texian settlers and Santa Anna’s Soldados.

The Runaway Scrape started after the fall of the Alamo. The Soldados were advancing upon farms to gather supplies, food and ammo to support the troops as they searched for a safe crossing over the Brazos River. Settlers were advised to evacuate Richmond in April because the Soldados were getting dangerously close. They were also told to take everything they could with them so that the Soldados wouldn’t gain supplies when they over-ran the farms.

Runaway Scrape Reenactments took place at 11 a.m. and 2 p.m.
Mexican camp was stationed at the Ryon Prairie Home and the Texians were located at the 1830s Jones Stock Farm, which was actually abandoned in the spring of 1836. Soldados marched through the pasture between these locations, forcing the Texians to retreat toward the front entrance of the park.

Santa Anna’s army had their sights set on the Jones Stock Farm,
but the Texians weren’t going to give up their home without a fight. 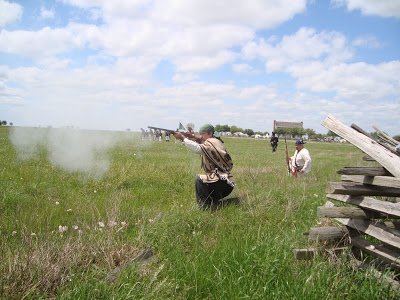 Mexican marksmen used long range rifles to take down Texians
who were still out of range of the marching soldiers. 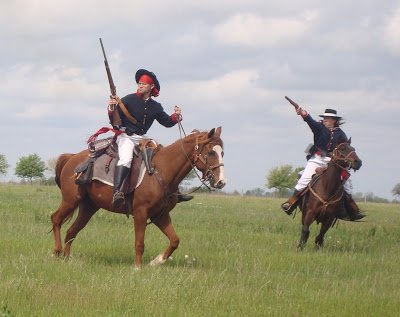 Cavalry rode ahead of the marching soldiers to fire on the Texians
while they were reloading their weapons. 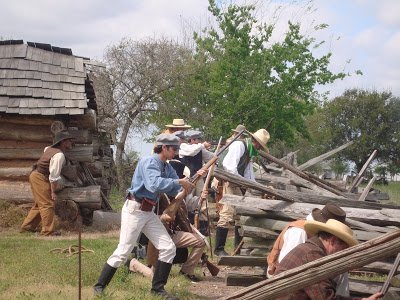 The Texians took cover behind fences and out buildings as they
defended their home from the Soldados. 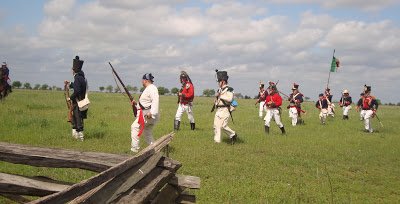 Soldados storm through the fences, ready to take the farm. 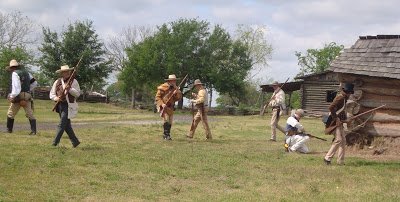 Texians began to fall back ad the Soldados advanced on the farm. 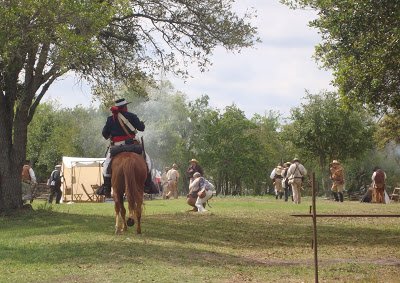 Cavalry riders bore down on Texians running for their lives. 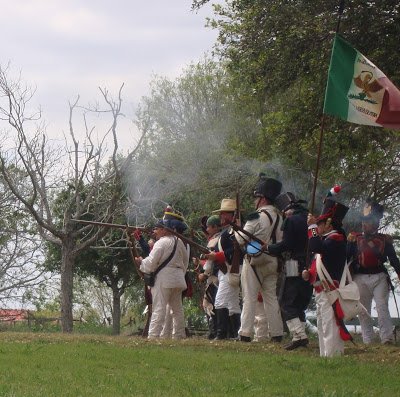 Mexican troops forced the Texians into a full retreat. 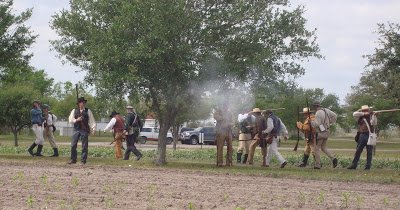 The Texians abandoned their land and home. 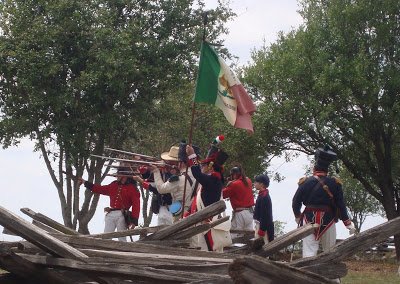 Soldados took down fleeing Texians, ensuring that none
would try to come back to reclaim their farm. 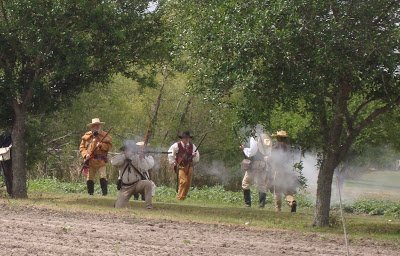 The Texians continued firing on the Soldados
as they left their farm behind. 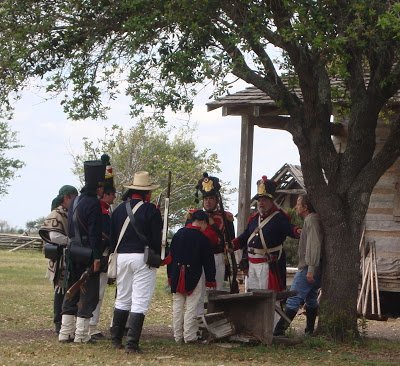 Any Texians unfortunate enough to be captured by
Santa Anna’s troops were executed. 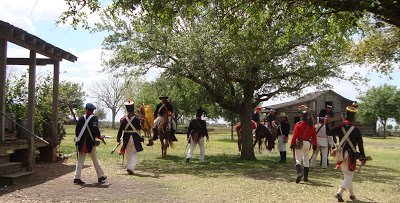 Once the Texians retreated, the Soldados ransacked the farm,
taking food, ammo and other supplies. 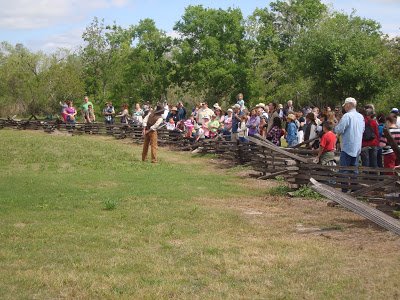 Interpreter J.R. Thomas explained the events leading up to
and following the Runaway Scrape.

Soldados marching back to camp after taking
what they needed from the farm.
Between the battles……………….. 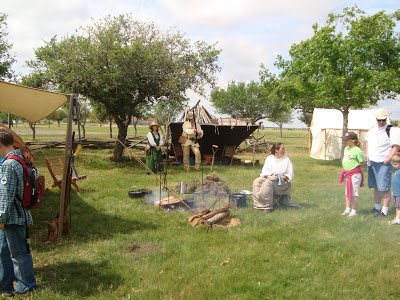 Guests were invited to visit with
reenactors and ask any questions they may have. 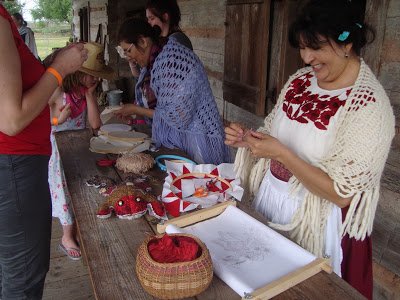 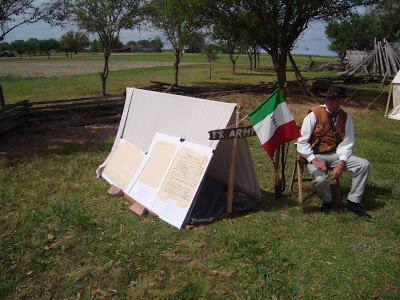 Rubbings of historical markers for the
Harvey Massacre, McLennan’s Massacre, and Fort Parker
were on display at the Texian camp. 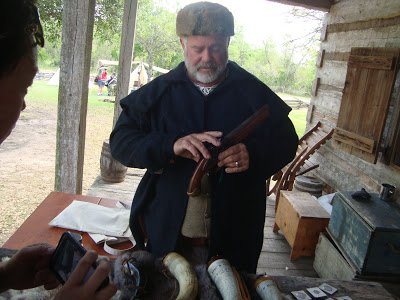 Col. Sam Martin explained the mechanics of flint lock
and cap lock muzzle loaders.
We would like to give a big THANK YOU to all of the reenactors who volunteered on Saturday at the Runaway Scrape. The reenactment would not be possible without y’all!
Any reenactors who would like their photos emailed to them should contact Monica Carroll, Publicity Coordinator at Fort Bend County Museum Association at mcarroll@fortbendmuseum.org 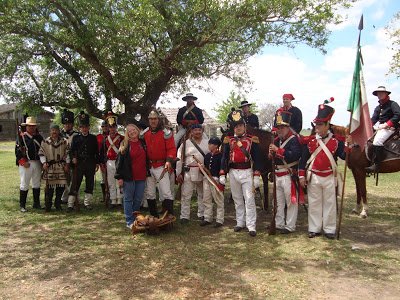 Want to see more epic historic battles?
There are more reenactments coming up in other locations as well, making the struggle for Texas independence. Be sure to check them out on texasindependencetrail.com so you can continue to watch these historic battles unfold.