Texas Independence Day is this Saturday! What better way to celebrate a milestone in Texas’s history than with a visit to George Ranch Historical Park?

Local home-schoolers are invited to attend on Thursday, February 28th, and public and private school children are invited to attend on Friday, March 1st. In the past, this has primarily been a day for grade school children to come to the ranch and learn about Texas history from amazing story tellers. This will be the second year that the Tales of Texas program will run an extra day for the general public on Texas Independence Day, March 2nd.

The journey will begin at the Jones Stock Farm, where the legacy of the ranch really began with Henry Jones  who settled his family in the wild Texas prairie in 1822. Next will be the account of the challenges faced by Mary Crownover Rabb and her husband, John Rabb, who were early Texas settlers in 1823. Guests will also learn how the town of Richmond began in 1836 with William W. Little, who came to Texas with Stephen F. Austin in 1821. 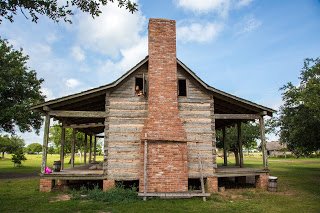 The Ryon Prarie Home is where the the story of Susan Elizabeth “Sis” Ryon Davis is to be told. In her short life of 29 years, she made a permanent impression in her family’s history. Before moving to the next location, guests will learn about Elizabeth “Lizzie” Ellen Johnson Williams, who was a school teacher, cattle dealer and investor in 19th century Texas. 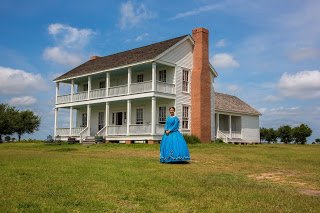 At the Davis Victorian Mansion, is the tale of Belle Ryon Davis, who became J.H.P. Davis’s second wife in 1881. There will also be the story of the Texas Sharecropper, who often faced harsh and unfair treatment as a tenant working another person’s land, until the cycle way broken with the arrival of World War II and the GI Bill. 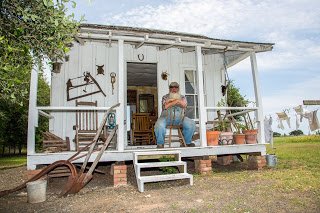 Guests will continue to the George Ranch Cattle Complex to learn about John Henry Jones, cousin to Mary Elizabeth “Mamie” Jones and expert horseman who would later become the ranch foreman and a founder of the American Quarter Horse Association. His wife, Rhydonia Stevenson Jones moved into the George Home in the 1920s where she would spend the next 20 years supporting the Georges. And, there will be the exciting life story of Howard Robard Hughes, Jr. Born in Houston in 1905, Hughes was a friend to A.P. George and in his lifetime would become and international figure, billionaire, aviator and movie producer.

The weather is expected to be sunny and cool, making it a perfect day to spend roaming the ranch and learning about the influential people of the past who helped shape our state and local area into what it is today.