The History of Toilet Paper

The History of Toilet Paper

With the uncertain health situation happening across the world right now, one of the history questions we’ve been asked a lot is: What was used before the invention of toilet paper? It may surprise you to find out that toilet paper as we know it hasn’t been around all that long! So here is a brief history of bathroom hygiene:

The earliest accounts of paper being used for cleaning up are from 6th century China, though it’s likely people could have used it even earlier than that. Large-scale manufacturing of toilet paper officially started in the 14th century in the modern-day province of Zhejiang, China.

Other major ancient civilizations had their own methods. In Rome, public toilets were popular and the preferred method of cleaning was a tersorium, a natural sea sponge tied to the end of a stick. Tersoria were often passed around — and when not in use, would be stored in pots of either sea brine or vinegar, which would prevent the growth of bacteria and help sanitize them.

Much like Greece, Japan used flat pieces of wood (similar to a tongue depressor).

Europe and the Americas

It took awhile for the idea of toilet paper to make its way from China to the west. In Europe it was common to use (and reuse!) rags. In the Americas, corn cobs were popular for a very long time. Even after the invention of toilet paper, the soft, flexible corn cob continued to be used.

Toilet Paper As We Know It

The first toilet paper close to what we know was invented and sold by Joseph Gayetty for the medicinal use for those suffering from hemorrhoids. It cost 50 cents for 500 sheets. 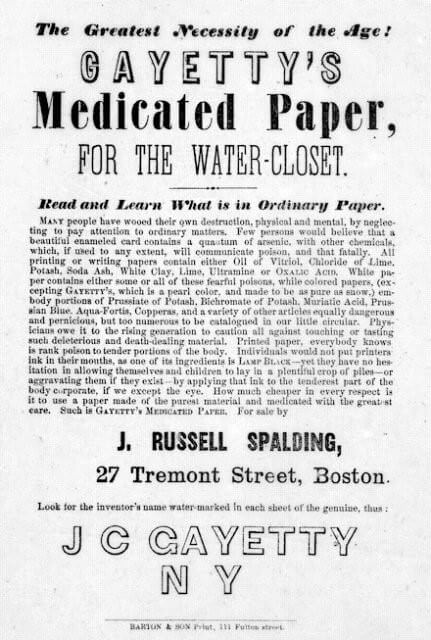 Gayetty’s paper never became popular; however, in the 1870s, brothers Irvin and Clarence Scott started the Scott Paper Company. In 1890, the Scott Paper Company started selling “bathroom tissue” on a roll to private dealers. (They sold these rolls under about 2,000 other company names so as not to soil their family’s good name in selling something so unmentionable!) Finally, in 1903, Scott Paper Company began selling toilet paper under its own name. Due to their successful marketing, they became one the leaders in the industry and helped make toilet paper popular in the United States. 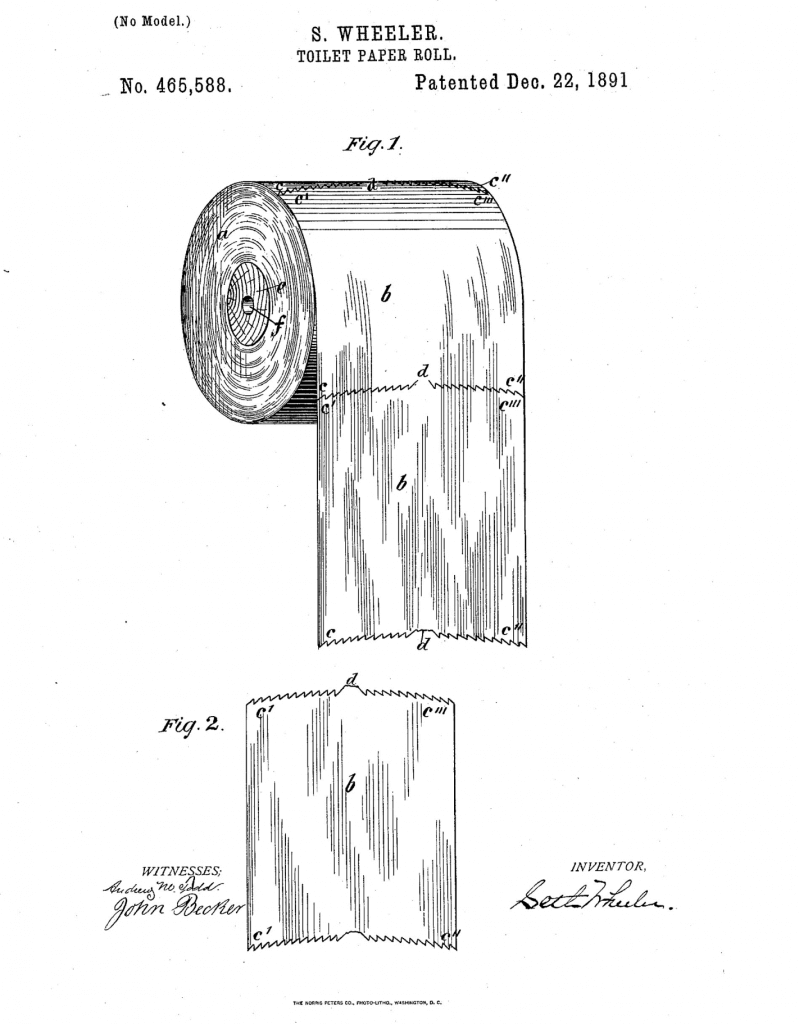 By the way, if you ever wondered if the paper should drape over or under, here is your answer from the original patent document: