The Victorian era (1837-1901) was a time filled with rules and regulations for proper etiquette. Especially for the upper class, the time period had “dos and don’ts” for every aspect of daily life — including what could and couldn’t be said during conversations. Enter the complex world of floriography — the silent language of flowers.

Typically, flowers were sent to communicate taboo messages of love and longing — but they could also communicate insults and rejection. Dictionaries detailing the meaning of plants and flowers were abundant during the Victorian era to help interpret the secret messages. At one point, there were nearly 100 different flower dictionaries available in the United States and, to complicate matters, not all of those dictionaries agreed on the specific flower’s meaning. (For instance, in one dictionary, daffodils could mean “unrequited love.” In another, it could mean “regard.” It was important that both the giver and receiver of flowers used the same dictionary!) 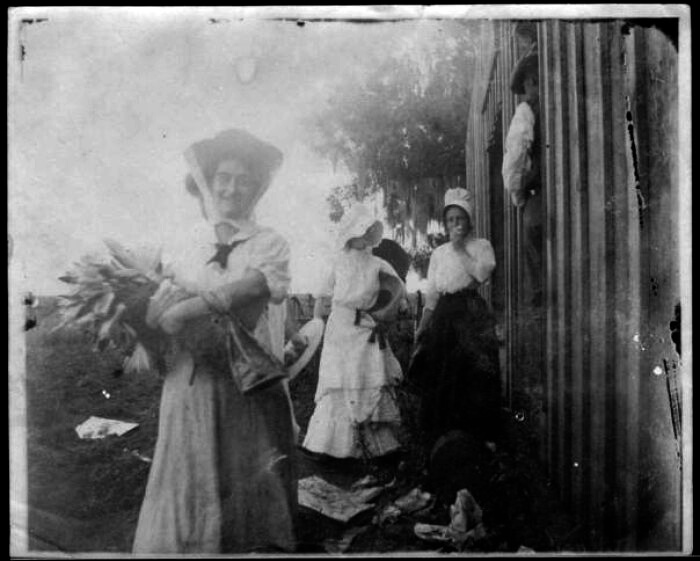 In this photo from the George Ranch Historical Park’s collections, the woman in the foreground is holding a bouquet of long-stemmed flowers in her arms. The photograph was taken outside the cabin at Camp George.

Put Together Your Bouquet

Ready to send your own secret flower message? Here are some flowers you may have growing in pots on your patio or in your yard here in Texas:

(These meanings came from the 1884 book “The Language of Flowers.” You can read the entire book here.)

What flowers are you enjoying for Earth Day?