The park is open for pre-booked field trips and group tours Tuesday-Friday. General Admission is welcome on Saturdays from 9am -5pm.

By Cassie Munnell and Allison Harrell

While the concept of “patent medicine” in America can be traced back at least to the Colonial era, its heyday lasted from the Civil War through the early 1900s. The term “patent medicine” usually refers to elixirs, tonics or liniments protected by trademark – but often containing questionable ingredients of dubious effectiveness and safety.

Here in the George Ranch Historical Park’s collection, we have several objects that tell the story of patent medicine: 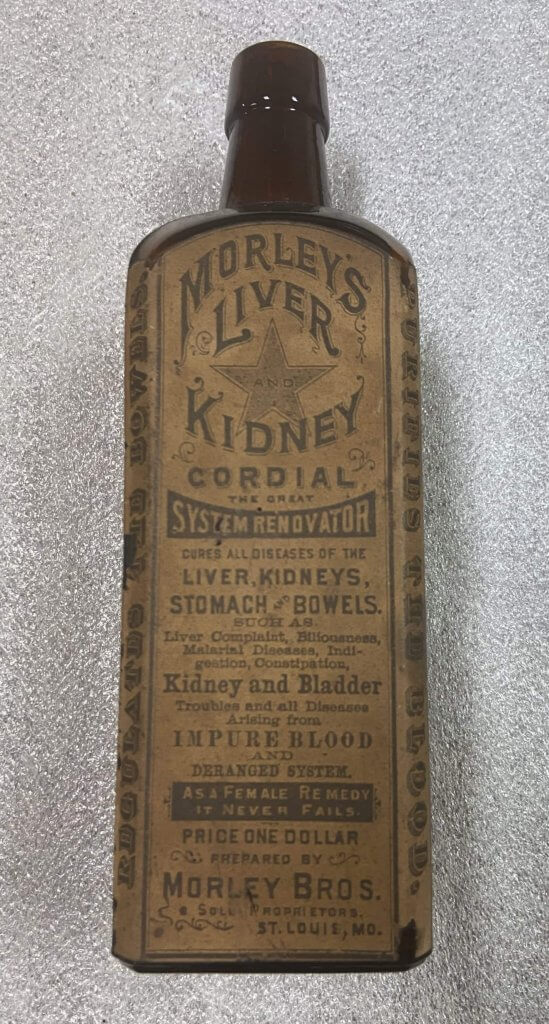 The first is a bottle, dating likely from 1880-1910, of “Morley’s Liver and Kidney Cordial.” Supposedly, the cordial would cure “all diseases of the liver, kidneys, stomach, and bowels, such as Liver Complaint, Biliousness, Malarial Diseases, Indigestion, Constipation, Kidney and Bladder troubles and all Diseases arising from Impure Blood and Deranged System.”

The second bottle dates much later – probably 1957! – and was said to make “Children & Adults as Fat as Pigs.” 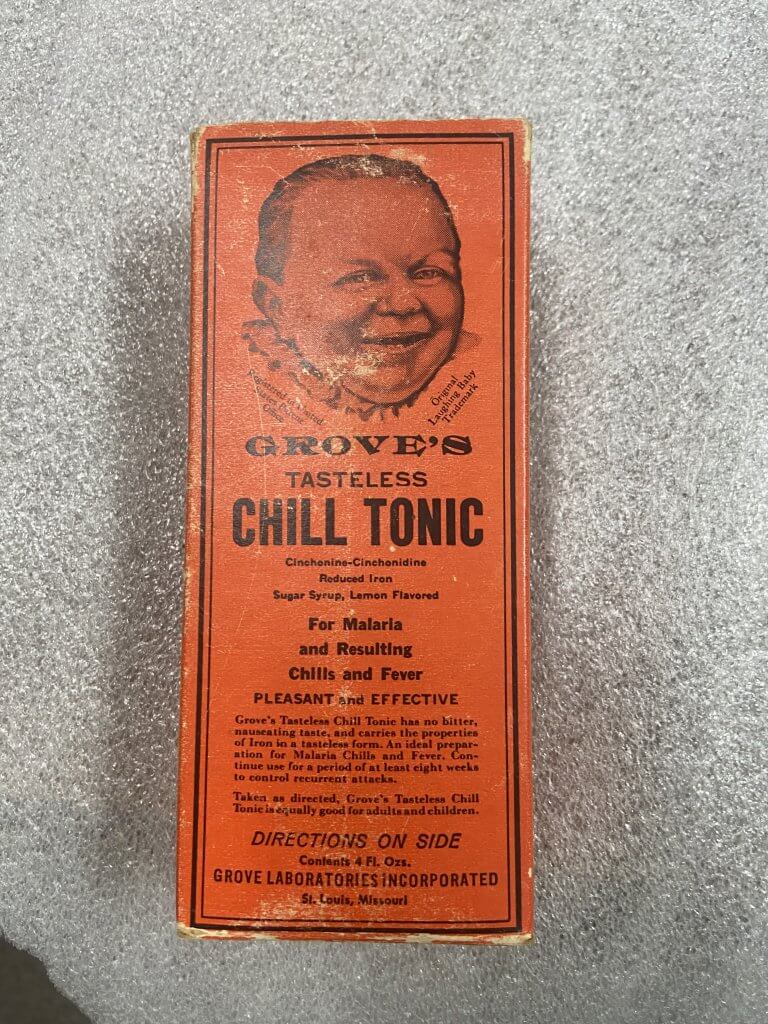 Sometimes, peddlers of these treatments were called “Snake Oil Salesmen.” The term “snake oil” came from a traditional Chinese medicinal remedy (which actually does come from the Chinese Water Snake and is used to treat joint pain). However, unlike the real snake oil, patent medicine ingredients were entirely unregulated and often contained ingredients like alcohol, cocaine and heroin. While these ingredients did relieve pain and make the patient feel “good,” their addictive nature meant that the one who bought it would have to re-buy to continue to get their fix!

Snake Oil Salesmen traveled around the country, selling their elixirs as they went. They served a greater function than just swindling; they also provided entertainment and brought news from other towns. From the 1840s through the 1860s, these shows were usually one-man operations. After the Civil War, medicine shows grew to full cast productions with musical entertainment and other acts. Medicine show popularity peaked after the turn of the century, and the final “real” medicine show took place off-Broadway in 1969. 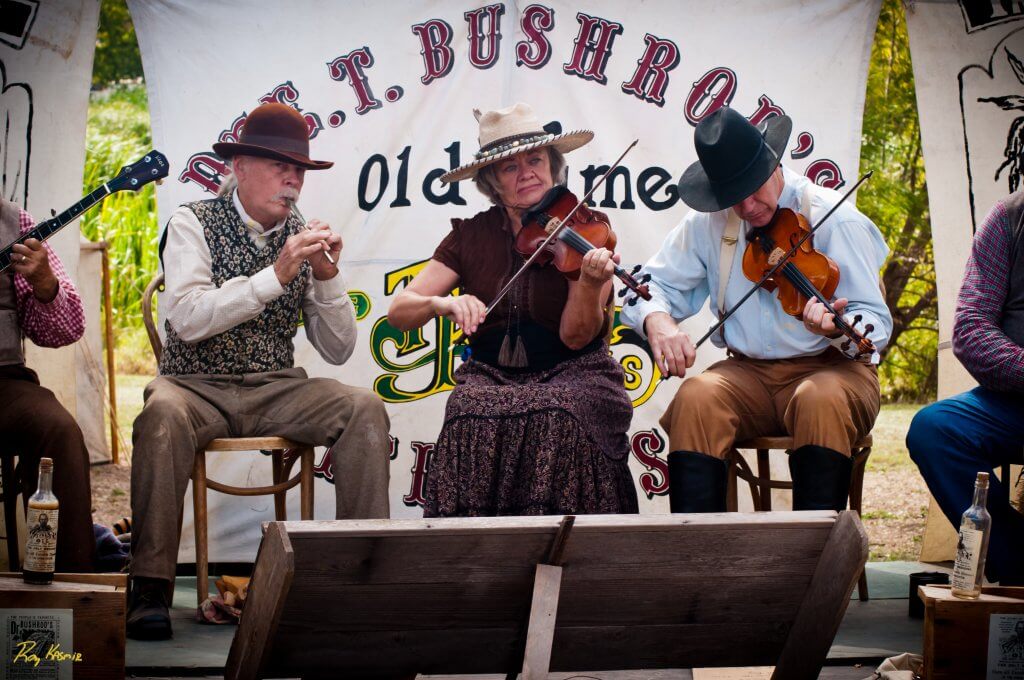 You can see a re-enactment of an old-fashioned medicine show every October at the Texian Market Days festival. Note the patent medicine bottle in the right-hand corner!

Do you think you could have made it as a Snake Oil Salesman? Give it a try with the activity below!

ACTIVITY: Produce Your Own Medicine Show