Though there were wild cattle roaming the Texas prairies during that time, many settlers brought their own cattle to Stephen F. Austin’s colony. It was tricky to keep track of the cattle at all times – especially since barbed wire fencing wasn’t invented until the 1870s. 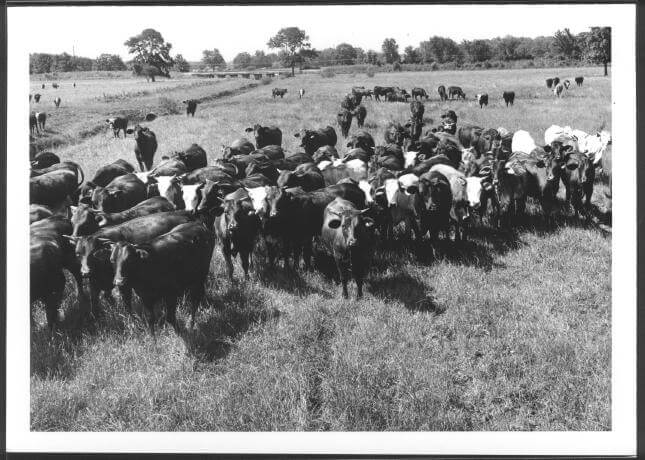 To prove ownership, settlers were legally required to mark their cows. The English marked cows by cutting the animal’s ear in a specific way. The Spanish branded the sides of their cows with a family symbol. Early Texas settlers did both. 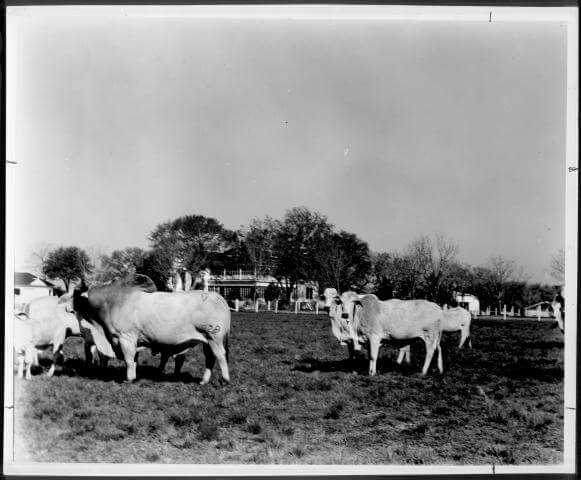 Branded Brahma cattle graze in front of the George Ranch Home in Richmond.

More than a Mark

In addition to the actual mark, the brand placement was also important, as it could be interpreted different ways. A brand that is leaning is considered “tumbling” but one that is horizontal is considered “lazy.” They can be “walking” (with a bar at the bottom), “running” (with angular lines following), or even “flying” (with the addition of wings). 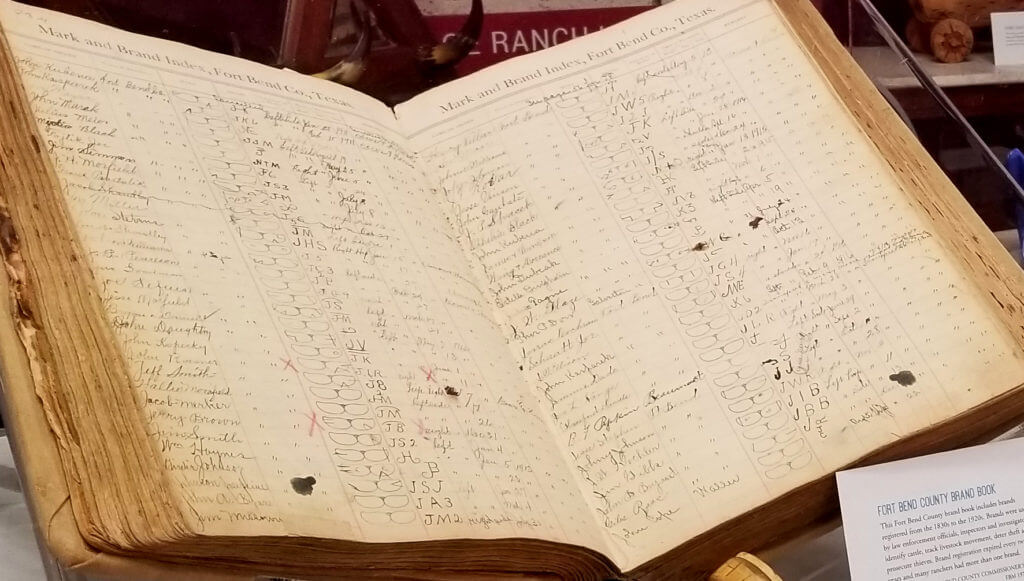