During World War I, many farmers went off to war, leaving their crops to die in the fields. As the war waged on, a food crisis ensued and people throughout Europe began to starve. 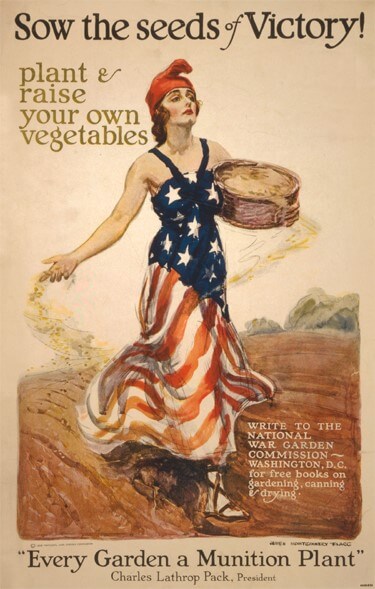 By the early 1940s during World War II, more than 20 million Victory Gardens were planted in North America. These gardens not only gave families a sense of duty and pride to help the war effort, but also provided food to local communities during a time of rationing.

Here at the George Ranch Historical Park, I work out at the George Ranch home site, which is set in the year 1938 — one year before World War II broke out. Earlier this spring, I had school groups help me clear a space for our own Victory Garden (thank you to everyone who helped! We couldn’t have done it without you!). 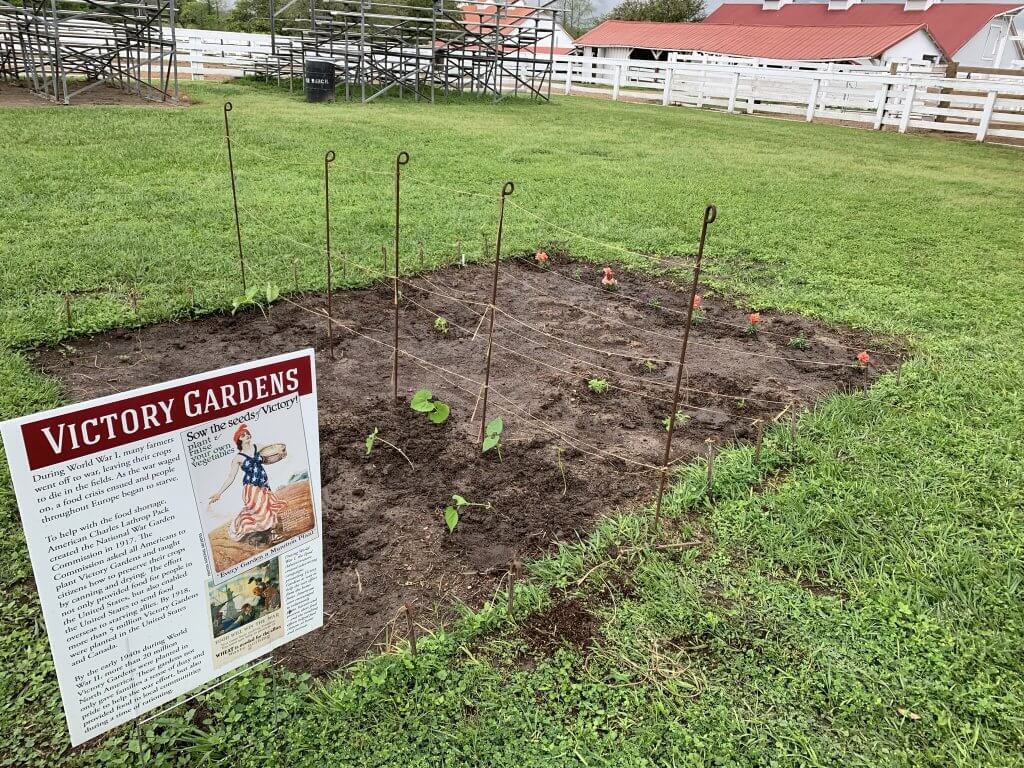 Just like Victory Gardens of the past, we’re making sure to plant vegetables and fruits that are “multi-purpose use,” meaning that they can be picked and eaten fresh (delicious!) or they can be dried or preserved using methods such as canning. Last week, I planted a few different crops, including peppers, two different varieties of tomatoes and lots of beans. I also planted some snapdragons on the edge of my garden; this will add some gorgeous color, and will also encourage pollinators to visit my plants!

Ready to Plant Your Own Victory Garden?

Gardening is a great quarantine project! According to one 1940s source, a garden size of 25’x50′ was recommended for two people and 50’x100′ for a family of four. Don’t have that much space? Any size space you have is fine — and if you don’t have a yard, consider container gardening!

Want to read more? Here’s a link to “The Victory Garden Guide,” written in 1944 by Alva Ellis.

Are you planting a Victory Garden? I’d love to see your projects! Shoot me an email with photos of your garden projects at aparrott@georgeranch.org.